If there’s anyone who enjoyed the quarantine, it’s your dogs. For months since the outbreak, every important human in their lives were stuck at home spending more time with them. They’ve gotten used to this new lifestyle. But for most of them, it’s likely about to end in 2021.

Owners who just received the notice to return to their office face the same dilemma: how do they deal with their dog’s separation anxiety? There’s no quick solution to this problem, and like any other trick you’ve taught, it will take time and consistency to help them embrace their independence. That said, all of your efforts could go to waste if you’re still doing these four things.

Fur parents are often guilty of treating their dogs like human children, and who can blame them? It’s often just as difficult for them to say goodbye to their dogs as it is for the dogs to see them leave. And although tearful goodbyes each morning accompanied by promises to return with treats make you feel good, it only worsens your dog’s separation anxiety.

What you need is to establish new routines that will desensitize them to your departure. Dogs are aware of your every move, and once they see the familiar cues of you getting ready to leave, their anxiety already starts building up. To start their desensitization, you have to change your routine regularly until they stop feeling threatened by sounds like keys rattling and doors closing. They have to stop associating you wearing your coat and grabbing your bag as cues that you’re about to leave them.

Of course, for this to be truly effective, you’ll have to build on this by ensuring that their other needs are met before you leave.

Do you rarely walk your dogs or play with them? That needs to change now, and you have to schedule their exercise before you start your work day.

As a basic rule of thumb, good dogs are often the ones that are too tired to misbehave. They’ve burned off their energy for the day, and all that’s left is to get their sleep requirement until you return. You’ll want to make sure, however, that they’re not breaking things in the house when they’re not asleep. Boredom and anxiety are two of the worst enemies you’ll face when it comes to leaving your dog alone for most of the day. They’ll start to chew on cords and corners, and they may even try to figure out ways to escape the house.

Part of keeping them and your valuables safe is ensuring that you give your dog obedience training. You’ll find many trainers and classes you can take advantage of to ensure that your dogs know what they can and cannot do at home. Obedience training will make it easier for you to teach them what they’re not allowed to touch and furniture they’re supposed to stay away from. They’ll also know to focus on the toys you give them instead of looking for alternatives. 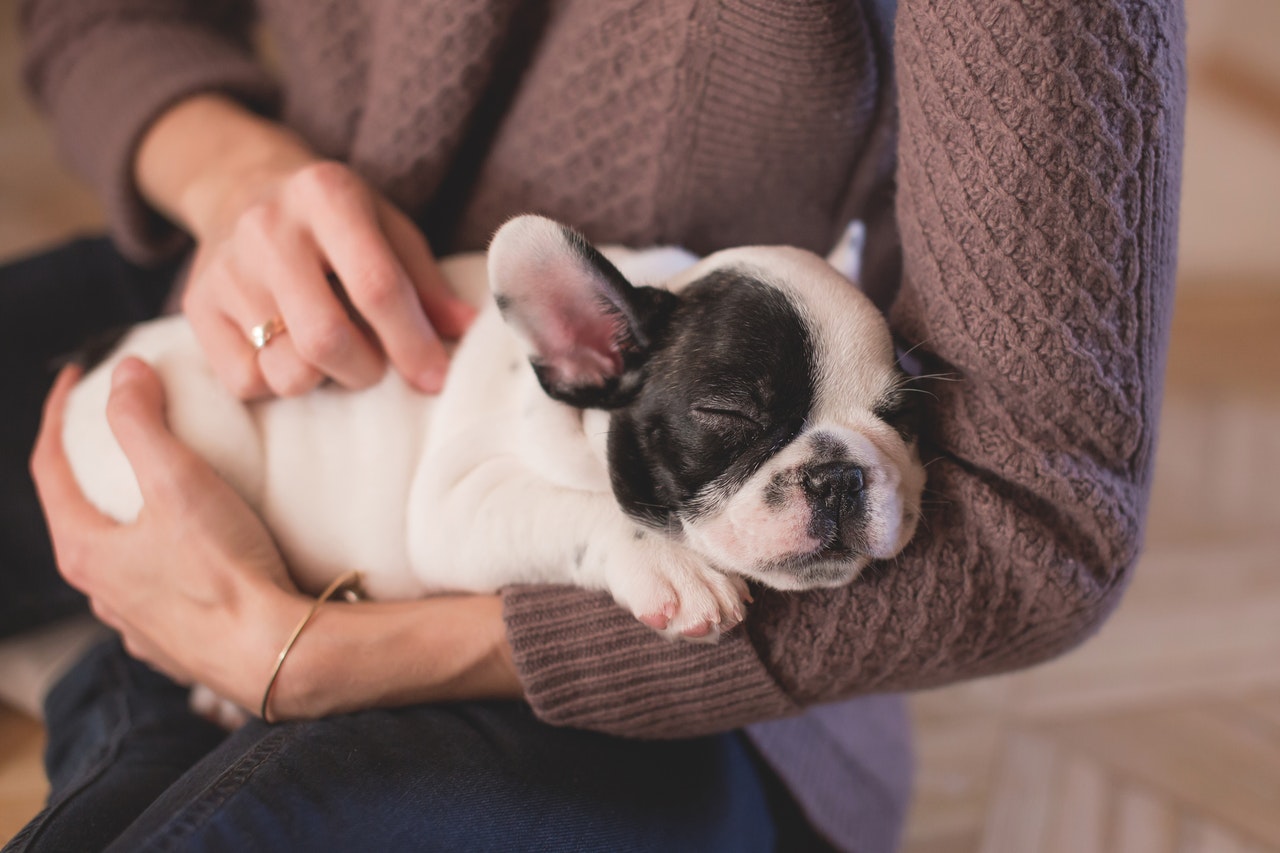 Give Them the Right Toys

Simply leaving them tired and aware of what they’re not allowed to do is not enough. That’s right, physically exhausting them is just the first step. You need to exercise their minds as well to prevent destructive behavior. Surround them with toys that will keep them engaged until you return home.

The most engaging dog toys are those that force them to use their impressive sense of smell. Dogs are natural hunters, and tapping this innate skill is one of the best ways to tire their minds. Invest in toys like snuffle mats or play hide ‘n’ seek with them by hiding treats around the house. Teach them “find your treats” so that they start the game just before you leave. Soon, they’ll start to see this as a reward and develop a positive association with their alone time.

Make sure that you rotate their toys every two or three days so that they don’t get bored with them. Use treat-release toys from Mondays to Wednesdays and snuffle mats from Thursdays to Fridays. You can even alternate and mix depending on your dog’s energy level. It’s also a good idea to use a variety of treats so that they continue to feel positively about their few hours of independence.

It Starts with You

Your dog can’t overcome separation anxiety if your actions don’t enable them to. Change starts with your actions towards your dog. Be patient and don’t expect progress overnight. It may take a while for them to realize that being alone isn’t entirely a bad thing, but as long as you’re determined and persistent, they’ll eventually get there.