Dear young adult women, never let your parents watch Taken when you’re planning to travel abroad on your own.

It happened to my sister weeks before her scheduled trip to the United Kingdom a few years ago. She loves English history and planned a trip months prior. My parents suggested she travel with her boyfriend so she would be safe, but she insisted that she’d only be visiting historical castles and museums and she was going to a country where nearly everyone spoke English, so communication wouldn’t be a problem. In fact, she travels around the US for work, so she knew how to move around new locations without acting like some lost tourist.

My parents were convinced, and nothing was mentioned for months until my sister started packing. And then, one day, it just so happened that Taken was the movie showing on TV. Suddenly my mom insisted my sister traveled with someone else. She was worried that my sister would be targeted by a trafficking ring and would unknowingly let her guard down.

Suddenly, England wasn’t a nice place with historical castles, the Queen, and high-end shopping districts. Instead, the entire country was a crime-ridden place where every other person you see is someone looking to harvest your organs or sell you to the black market.

Kidding aside, I know that the threat is real and there are crime syndicates in other countries. But the truth is, the United States has its fair share of trafficking and other crimes, too. If parents didn’t allow their children to set foot in dangerous areas, then most of us would probably never set foot outside the house.

This has much to do with the perception of women as the fairer sex, and in 2018, that’s not totally applicable anymore. Yet, parents still see the need to cage their daughters and protect them from the outside world. However, letting your daughters go and see what the world has to offer despite the risks will provide them with a memorable experience that teaches them lifelong lessons. 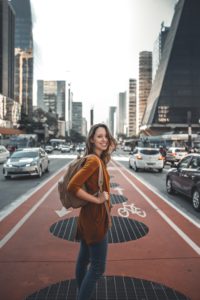 hanks to technology and the internet, the world is getting smaller and smaller. So, why are parents so afraid of letting their daughters travel? Think about it this way: every day, you let your daughter leave the home for school or outing with her friends. As a little girl, she would have been lost without your help guiding her. But as she grew older, she learned and became capable of taking herself to school.

When you let her out of your home, there’s always going to be a risk of danger. She walks down a sidewalk, she could get robbed. She crosses the street, she could get hit by a drunk driver. She goes to school, she could be bullied by people twice her size. These are a lot of what-ifs, but you’ve let your daughter leave your house every day because you know she’s capable of handling herself. So, why stop with the walk to school and instead let her explore new places?

And now that she’s a young adult, why stop her from exploring further even if she’s proven to be capable of handling herself well? Admit it: you don’t want her travel not because you don’t think she’ll be safe, but because you don’t want to have to worry about her all the time. It’s fine to worry about your child – you can’t be a true parent without worrying about your daughter – but that worry becomes toxic when you let it hinder your daughter from exploring.

Your Daughter is Not Naïve 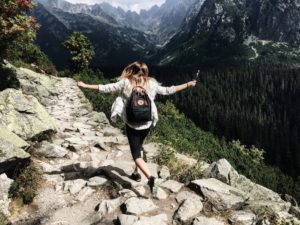 Your daughter is no damsel in distress, nor is she incapable of traveling on her own. If she wants to travel and has proven herself capable of knowing right from wrong, why stop her? You have to remember that she isn’t a little girl anymore. She’s smart enough to distinguish scams or people trying to trick her. She’s smart enough to avoid dangerous areas she doesn’t have to pass. And she knows a thing or two about being street smart.

The truth is, she’s not your little girl anymore. She’s a fully-grown woman who understands that there are bad people in this world, and she’s cautious enough to protect herself. She’s a woman who wants to explore beyond the country she grew up in and experience other cultures first-hand.

While the risk does exist, letting your daughter travel teaches you one important life lesson: learning from the hardships and adversity. It doesn’t mean they have to throw themselves into danger, but it teaches them how to be responsible for their actions to avoid getting hurt. And while they’re stuck under your thumb, that’s a lesson they may never truly comprehend.

Teach Them How to Be Assertive and Accountable 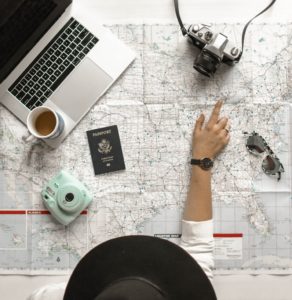 As a traveler, your daughters will learn so many lessons. On their own, they’ll learn how to handle their finances and budget wisely. They’ll be responsible for waking themselves up and catching their flight on time. They’ll be responsible for following the laws of foreign countries and respecting other cultures. Slowly but surely, traveling will teach your daughter how to take control of her life and acting however she sees fit to run.

One of the reasons parents choose to prevent their daughters from traveling is the men they will have to encounter. Even in our own country, catcalling is prevalent and violence against young women is high. Women have been hurt or killed by ignoring or refusing the advances of men, so parents think it is safer for their daughters to stay at home, where men like these could be avoided.

But in reality, the catcallers your daughters experience in your area are only slightly different from the same type of men she’ll find abroad. At some point, you’re won’t be there all the time to fight for your daughter, so you have to teach her to fight for herself. Traveling alone does this, because it teaches herhow to handle unwanted attention and how she can best diffuse the situation. Or, when she’s going to a country with people who have different physical appearance, you can bet people are going to stare at this foreigner whose physical appearance sticks out. She has to learn how to be assertive and ignore or confront people who ogle at her. If she’s assertive enough, you know she can handle whatever trouble she faces in a foreign country.

A lot of parents are afraid of letting their children go abroad on their own. Some may see it as a dangerous endeavor, but really, it is an adventure your daughter can learn from. Your daughter will always be your little girl, but she won’t be a baby forever. Let her out of her cage and trust that she’s capable of making her own decisions, whether she’s traveling to the other end of the country or even outside the country.