We know New York City as “the city that never sleeps.” Do you ever wonder why? Most references trace it back to a 1977 Frank Sinatra song entitled “Theme from New York, New York.” For New York residents, though, it isn’t only a nickname. Indeed, New York City is awake 24/7. And to some, this has become a health issue more than any other nickname.

It isn’t called “concrete jungle” for anything.

There’s so much to love about New York—the buildings, the city lights, the art. There’s Central Park, the neighborhoods, and the vibe in general. Yet, if it’s your first time in New York, you’ll see people running past you down the street. You’ll hear loud honks from cars during rush hour.

A typical New Yorker works around 40.3 hours a week and gets only 352 minutes of leisure time in a day. And while people move all at once on the streets, they tend to lead a sedentary lifestyle at work. Typical jobs in New York require people to sit behind their desks eight hours a day. This increases obesity and other cardiovascular risks.

2. They are not physically active

It isn’t only in New York City but in the whole country as well. In 2020, 15% of adults in the U.S. were not engaging in any form of exercise. In the New York state, though, 26.6% of adults did not engage in any exercise in the previous month.

3. They do not get enough sleep

Only one in four New York residents got at least eight hours of sleep in 2018. Some even said they only got no more than six hours of sleep a day because of their busy schedule.

People in New York tend to rely on to-go meals, delivery services, and fast-food restaurants. They even take their coffee-to-go and drink it while storming to the subway. Some even skip meals when preoccupied with work.

All these factors increase the risks of obesity, diabetes, and other cardiovascular diseases. 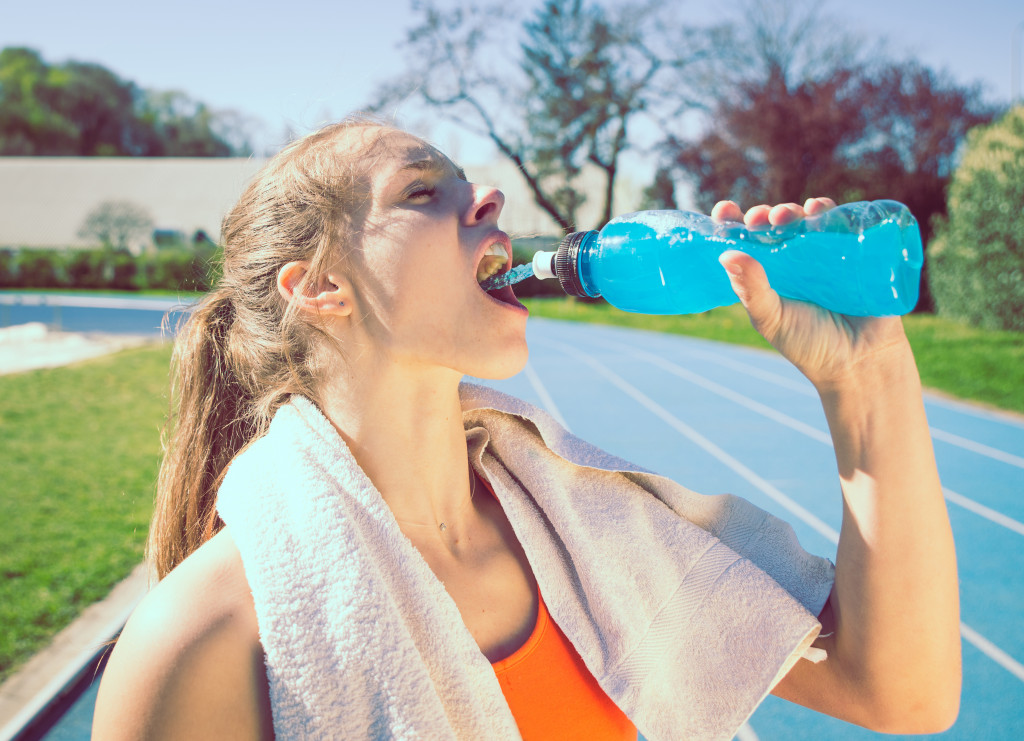 Amid the Pandemic, the Key Is to Live Healthier

You do not want to be sick, especially during this pandemic. Hospitals are near full capacity, which makes it hard to get emergency care. They also converted urgent care centers in Levittown, Yonkers, and other suburbs into testing centers. You do not want any illness scare that will force you to bring yourself to the hospital. The key then is to take care of yourself and live a healthier lifestyle.

So who says you can’t live a healthier lifestyle in New York? It’s not as if you can’t catch up with the hustle and bustle if you decide to slow down during the day. Here are some tips on how to live healthier:

1. Choose what you eat

Forget about fast food for now. Take as much as vegetables, fruits, fish, nuts, grains, and foods rich in omega-3 fatty acids. Set aside your processed meat and choose lean. You may consult a dietitian on how to achieve a healthy diet.

Experts say that you need only 30 minutes a day of physical activity. You don’t even have to do the activities all at once in a day. You may vary your activities and spread them out into different times of the day. It could be as simple as going up and down the stairs or lifting a chair. When at work, do a little stretching and walking from time to time so that you don’t have to sit the whole day.

Experts recommend five to 15 grams per day of alcohol intake for women, while five to 30 grams for men. Always check the alcohol content of your drink to see if you’ve had too much for the day.

It’s not only about getting the recommended seven or more hours of sleep every night. You need enough sleep. Avoid using your gadgets at least an hour before you go to bed. Turn off the lights if it helps you sleep better.

Whether you are in New York or any part of the world, it is your responsibility to take care of yourself. The healthier you are, the more effective you will be at work. Remember, there’s more to life than work. You deserve to enjoy more things in life.