It looks like man’s best friend is woman’s BFF. If you’re on the road to success, don’t walk alone; instead, walk with a dog.

That’s the advice successful women are giving. And while I wouldn’t consider myself within the same league of highly successful women, as a dog owner, I strongly agree. I have a Maltese Shih Tzu who is practically the dog version of myself, and while I don’t want to exaggerate, my dog is honestly the brightest part of my life.

When I miss my alarm clock, it’s like she knows my routine and won’t stop trying to wake me until I’m up. When I’m tired at work, I unlock my phone, look at a photo of her as my wallpaper, and remember I need to make money to buy dog food. When I come home, her smile and need for my attention takes away any feeling of tiredness I’ve felt throughout the day.

And I think I’m not the only one who feels that with her dog. So, it’s no surprise that, according to several studies, more women would rather stay at home and play with their dogs than be out on dates with men.

Dogs on Your Mind 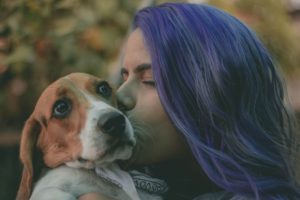 There are scientifically-proven benefits to owning a dog. For one, dog owners are less likely to suffer from depression, heart disease, or heart attacks. That’s because being with your dog triggers the brain to produce serotonin and dopamine. These are substances that boost your mood and make you feel happier, plus added to your blood can help improve blood flow. These substances also help you increase your self-esteem and make you feel less lonely.

A (Furry) Shoulder to Cry On

According to the Associated Press and a Petside.com survey, most Americans think that their dogs are better listeners than anybody else. Even though we don’t know if dogs truly understand what we’re saying, the way they look at us while we talk is enough for us to get the feeling that they’re listening.

In fact, one in three married women believe that their dog is a better listener than their husband, while 18 percent of married men felt the same way. And according to science writer Natalie Angier, around 40 percent of women feel like they get more emotional support from their pets than they do with their husbands.

Part of the Family 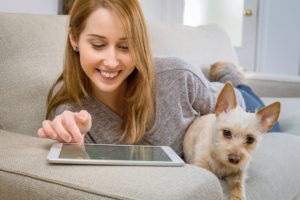 In a 2018 Pets and People Survey of a thousand dog owners, 95 percent of owners agreed that their dog was a member of the family. Many treat their dog like genuine members of the family, with over 40 percent having experienced getting their dog a birthday cake on their birthday, while 73 percent making sure their pet has enough food before they consider thinking about their own food.

Out of all the female participants, half of them said their pet was their favorite family member, choosing to spend their time with their dog over other family members or even their own partner. When asked why they prefer the company of their dogs, over 55 percent of them said that their dog was there to comfort them even after they had received bad news.

With a lot of women choosing dogs over partners or family members, it’s no surprise more women are choosing dogs over motherhood. According to the Centers for Disease Control and Prevention, there are less infants born to mothers from the age range of 15 to 29 years old, decreasing the birth rate by nine percent. At the same time, there is a huge increase of young women in the United States choosing to get dogs.

And it’s a trade-off many women don’t regret. While dogs aren’t as low-maintenance as cats and will require maintenance and a lot of poop cleaning, more women would happily give up 18 years of diaper changes, temper tantrums, puberty, and college funds to instead raise a dog.

As a result, more women are having fewer children and getting married later, increasing the number of single women between ages 20-30. That’s also the largest demographic for small dog owners, with the number of owners increasing from 34.1 million in 2008 to 40.8 million four years later. 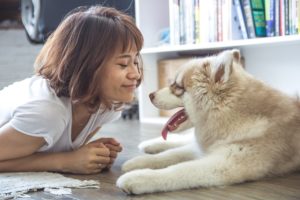 We may have to stop calling them “man’s best friend” because, according to new research, dogs may prefer women owners over men. The Royal Society of Open Science found that, in any given home, a dog may more likely choose a woman in the house to be their favorite, not the man in the house.

The study found that women could interpret their barking and growling more accurately than men. Women are also more likely to understand what a dog needs based on the sound. This gives women a better advantage at bonding with their dog. This may be due to women’s higher levels of empathy and sensibility, making it easier for us to understand emotions better even if those emotions are in the form of a snout, floppy ears, and a long tongue.

With these said, it’s no surprise that women are better in-sync with their dogs than they are choosing to be with men or other members of their family. Dogs provide us with companionship and unconditional love, and the feeling of being with them makes us happy, improves our mental condition, which in turn can lead to positive physical effects. On the other hand, dogs learn to reciprocate their feelings for women because it is much easier for women to empathize and understand their emotions.