You’d be surprised what counted as medical treatment and what was torture. Today, we wouldn’t go to the drugstore and take cocaine for a simple cough or cold, but that’s the way it was. And, while researching this article, you can’t imagine the torture people inflicted on guilty people, or even simply the act of being accused.

While punishments and odd medical treatments applied to both men and women, there were some oddities on both sides that caught my attention for women. Mainly because it was hard to differentiate between something meant to punish women and something meant to improve their overall health.

As you go through this list, try to guess if this practice was a medieval form or torture or a medical practice used to treat women for the better. Let us know how you did at the comments down below.

I think this practice is already well-known, especially if you know a little about ancient Chinese culture. Oddly enough, this wasn’t punishment. Rather it was a method used improve women’s status symbol in Chinese society. For over a thousand years, foot binding was seen as a “beautification” procedure. 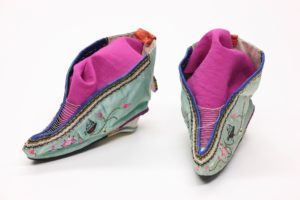 It was believed that the most beautiful Chinese women had small and dainty feet. Not wanting to lose face, wealthy Chinese families would bind their daughters’ feet at an early age to attract male suitors within their circles or within higher leagues of their family. The ideal size was around three to four inches long, dubbed a golden and silver lotus, respectively. A foot longer than four inches was called an iron lotus, and was frowned upon by high society.

Look at your foot right now. Can you imagine binding your feet in silk, breaking your toes, and warping your foot bone to the point that your foot would only measure four inches long? You probably wouldn’t be able to walk – and that’s exactly what happened to Chinese women who practiced it. Many were rendered disabled by the practice. Those who could walk were encouraged to keep walking so that they could break the arch of their foot, making it much easier to fold. And this isn’t a one-time treatment: the wraps would get tighter and tighter until your foot reached the silver or golden lotus size.

Putting Women Into “The Manipulator”

It sounds ominous, but this is actually a medical procedure supposedly used to treat female hysteria. While the condition “hysteria” is no longer a medical condition treated in hospitals, it was a catch-all disease women were diagnosed with if they acted irrational, irritable, or any change in attitude men didn’t like. It was believed that hysteria was caused by a misplaced womb (yes, they believed wombs moved around the body and could get “lost”), which then caused a number of female illnesses. 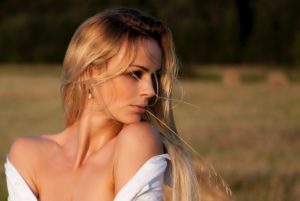 Staying in line with women reproductive health, not letting women orgasm during sexual intercourse was supposedly a health tip in the 1600’s. Many believed that male semen inside a woman wasn’t enough to produce a child; it also required the menstrual fluids that came out of women during sexual intercourse. So, it was believed that a man and woman had to achieve an orgasm for a baby to be conceived.

However, this believe created a misguided way of birth control. Married couples who did not want to conceive then resulted to having sexual intercourse, but refused to let the woman be fully satisfied during intercourse. This was also practiced on many rape victims who, unfortunately, got pregnant due to this belief.

This was a punishment used in the Middle Ages. Sexually promiscuous women were disfigured in the hopes that her beauty would be eliminated and no one would want to be enticed by the woman’s beauty. Sometimes, it was declared that women would also have their ears cut off. It seems too extreme of a punishment, but wait until you hear the punishment for promiscuous men: they simply had to pay a fine.

No, this wasn’t a punishment. But forcing lard up your lady parts just sounds unhygienic. Before the 20th century, infants and mothers dying in childbirth were high. This had a lot to do with doctors who didn’t wash their hands, unsterilized environments that caused infection, and practices they didn’t know at the time were harming the health of mother and child.

However, one of the strangest practices was the belief that women had to grease their birth canals with lard to give a comfortable and relatively safe delivery. According to Gunn’s New Domestic Physician, a manual published in 1861, lard serves as a lubricant that mitigates a mother’s suffering.

Breast Removal via “The Breast Ripper” 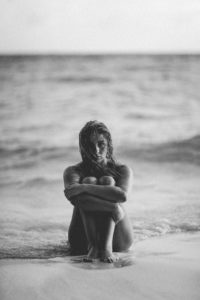 While the practice of mastectomy is still practiced today, the Breast Ripper was not a medically-friendly procedure at all, and was meant to inflict extreme pain on female victims. Think of a pair of tongs like one you’d find in your kitchen, but with a modified tip used to effectively grab at a woman’s breast.

The prongs would be heated or frozen before yanking a woman’s breast or breasts off. Some women wouldn’t survive the punishment, and those that survived the ordeal would die from the infection. This punishment was reserved for unmarried mothers or women accused of being unfaithful. It was so bad, the practice was discontinued in the Middle Ages.

Consuming Mercury (Among Other Things)

Back when syphilis slowly killed both men and women, doctors and medicine salesmen were looking for the next best medical miracle that could cure people. For a time, doctors believed that the best treatment was to consume amounts of mercury. Mercury, as most of us know, is extremely dangerous when consumed.

Even after doctors realized that mercury was bad, they continued treatments with other substances such as arsenic. Doctors also thought it would be a good idea to give patients malaria, which would kill the syphilis.

Preventing Old Women from Coming into Contact with Anyone 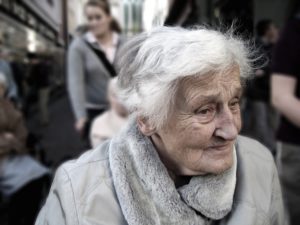 This wasn’t a punishment to isolate old women for their transgressions. It was a genuine medical concern. Back in the medieval and Renaissance era when doctors didn’t really have a good idea how the women’s reproductive system worked, they believed menstruation was a sign of a woman’s good health and fertility.

Nope, this wasn’t a 17th century speculum. The pear of anguish was a torture device used up to 17th century. The device is a corkscrew feature on one end and a pear-shaped claw on the other. The pear would be forced into a woman’s vagina before the executioner twisted the corkscrew, which cranked open into four segments, eventually opening up to the extent that it ripped women’s reproductive organs.

This was used for women accused of abortion and witchcraft. It was later also used for people accused of homosexuality.

These items show you how far along we’ve come from killing women for the slightest infractions and medical condition to providing women with adequate care that it wouldn’t be mistaken as a torture device. However, the fact that women had to endure treatment from all these experiences also show how far we’ve come from fighting oppression due to our sex.

What are your thoughts on these torture devices and medical treatments? Do you know any we might have missed out? Let us know in the comments below!