The ingredients of a financially successful movie? An intriguing plot, talented actors, and a passing grade on the Bechdel Test, a new study finds. The Creative Artists Agency (CAA) and shift7 conducted research on the top movies from 2014 to 2017 and found that films with female leads earned more in the box office. A film with a female lead can earn more than a film with a male lead, regardless if it is a low budget indie film or a movie with a budget with $100 million.

Part of the research also found that films that passed the Bechdel test, regardless of the main character’s sex, were more likely to outperform films that failed the test. These findings not only disprove the widely-held belief that female leads create unprofitable movies, but also highlight the gender inequality in fiction and how addressing it can be profitable for players in the film industry.

To further understand the gender equality in film, you need to understand what the Bechdel test is. The test was created by American cartoonist Alison Bechdel, who wanted to emphasize how little representation women had in fiction back in the 1980’s. 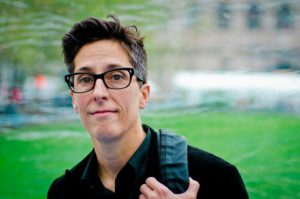 According to several studies, if you look at the films created as early as 1929 up to 2015, male characters dominate the top speaking roles, the most dialogue, protagonists, and characters with actual names. Even as early as 1929, Virginia Woolf observed that, in fiction, women and other women could be friends, not just mothers and daughters with each other. However, when it comes to female characters with male characters, women only exist based on how they relate to men. A woman in the story is either mother of the man, sister of the man, or lover of the man. Her existence is based upon her relationship to the man.

Given the abysmal female representation at the time, Bechdel created a comic strip featuring rules of what would soon become the Bechdel test. First, the movie should have at least two women in it. Second, these two women must communicate with each other. And third, when they do converse, it has to be about a topic that isn’t about a man.

This is the basis of the test, but some people add extra criteria. For example, these two female characters must have names, the character or the conversation must have some significance to the film (i.e. throwaway lines from two gossiping women who make no difference in the film), and the conversation should last at least one minute.

Applying the Bechdel Test to Fiction

Since its conception, the Bechdel test has been used in all forms of media portraying fiction such as film, television, books, video games, comics, and more. Several film organizations have accepted its use. The Swedish Film Institute supported a move by cinemas and a cable television channel to add the Bechdel test alongside the film rating. Eurimages, a European council providing financial aid to promote European film, added the Bechdel test on scripts as part of their submission requirements in 2014. And in 2018, software developers have provided

means for writers to analyze their script for gender representation.

Using the Bechdel test allows people to determine how equal gender representation is. The scoring system is either a pass or a fail. Interestingly enough, many critics found that if the Bechdel test became a requirement for Academy Awards and other film awards, many would have failed.

There’s also some criticism with regards to the criteria of the test. For example, a film featuring two women talking about nothing but marriage and raising children would technically pass the Bechdel test because it fits with all the main criteria.

Regardless of the criticisms behind it, the debate on whether or not the Bechdel test should be a legitimate test on films has opened the public’s eyes on the gender inequality and the portrayal of women in fiction. For example, just take a look at the television show, books, and film of the Sex and the Cityfranchise. It’s a show featuring four women leads, yet even Alison Bechdel herself believes that it would fail the Bechdel test. This is due to the fact that you’ll find all of them talking about a man at least once in every episode.

And given that woman-led films perform better, it highlights the need for women representation in Hollywood. There’s a stark lack of diversity among the people working behind the scenes, which could attribute to the terrible, almost laughable way women are portrayed in film. That’s why a term such as “celluloid ceiling” exists: instead of a glass ceiling, Hollywood has failed to hire enough women, thereby failing to truly represent what a real woman looks like. In 2012, if you take all the directors and writers behind all the most commercially successful movies, only six of them are women.

The representation is much worse when you’re working on the screen. Go to Hollywood, and you’ll more likely find a casting call for the leading lady – that is, the main (male) protagonist’s love interest, not necessarily a leading woman on her own. In 2017, only a quarter of the top films featured female leads, while only a third played major characters. 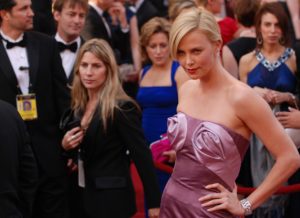 Given the data supporting female-centric films and disproving the notion that female leads are bad for business, perhaps Hollywood moguls can take a hint and look towards getting representation into their films. In a separate study, the CAA found that films that do not provide female representation are hurting their earnings and the possibility to make their films a financial success.

Women are more than just a sex object or the object of the male lead’s affections. It’s time to stop thinking “strong female leads” are special or an exception to the rule because women are capable of being more than just a damsel in distress. In fact, let’s stop calling it a “strong female lead.” When Liam Neeson, Hugh Jackman, or Arnold Schwarzenegger are on the screen, we don’t praise them as “strong male leads,” we just call them male leads. So, why is a female hero any different?

The study has shown that audiences want to see more representation. Hollywood moguls who want to get a higher chance of doing well in the box office do not necessarily have to force a female lead when it doesn’t apply to their plot concept but having enough representation can help them see positive results when they see higher returns on their film.