The media usually paints pregnancy as a joyous journey with absolutely no pain. In advertisements, expectant mothers are always smiling, even in birth re-enactments. Those generally focuses on where the baby is already delivered. As such, all the attention goes to the newborn.

Of course, it’s only natural for people to gush over newborn babies. We can’t help but be excited for them, especially if they are our nieces, nephews, or godchildren. But moms shouldn’t be forgotten in the middle of all the excitement, which tends to happen a lot.

Now that reproductive health and birth control are no longer a taboo in society, it’s high time to open our eyes to the reality of pregnancy. While it’s true that it’s full of beautiful and heartwarming moments, it’s also filled with pain and discomfort.

As a woman’s belly grows, the pressure on their muscles and bones increases, while their hormones go on a rampage and relax their ligaments. That results in a change of posture and center of gravity, as well as muscle strain and the weakening of abdominal walls.

60% of pregnant women complain about back pain, according to Talitha Bruney, MD, an OB-GYN at Montefiore Medical Center in New York City. That is caused by the growing weight in their belly and doesn’t usually stop after birth. Such is known as the “mom pain.”

When the baby is born, their mom will carry them a lot, lean over their crib, change their diaper while bending down, and strap them in a car seat, which also curves their back. In turn, the strain on their torso, arms, and back muscles continuously increases.

To reduce back pains, moms can utilize their leg and core muscles when performing strenuous tasks. They can engage those muscles while lifting their baby and doing everything else mentioned above. But while they’re still carrying the baby in their womb, they should lie down, rest, and apply a hot compress to their back.

If a pregnant woman has scoliosis, which causes the spine to curve, they may experience more pain and discomfort in the later stages of their pregnancy. Breathing problems and weight-bearing difficulties are also possible, but not likely in mild cases of scoliosis.

Fortunately, scoliosis has no alarming impact on pregnancy, so women affected can still carry and deliver a baby safely. The curvature of their spine won’t get worse as well. Still, they will benefit from physiotherapy or private scoliosis treatment. Professionals will help them with soothing exercises specific to any scoliosis-related pain.

Pain in the abdomen area isn’t necessarily a cause for alarm. According to OB-GYN Kecia Gaither, MD, abdominal pains are related to the expansion of the uterus out of the abdominal activity. They will typically go away in the second trimester. 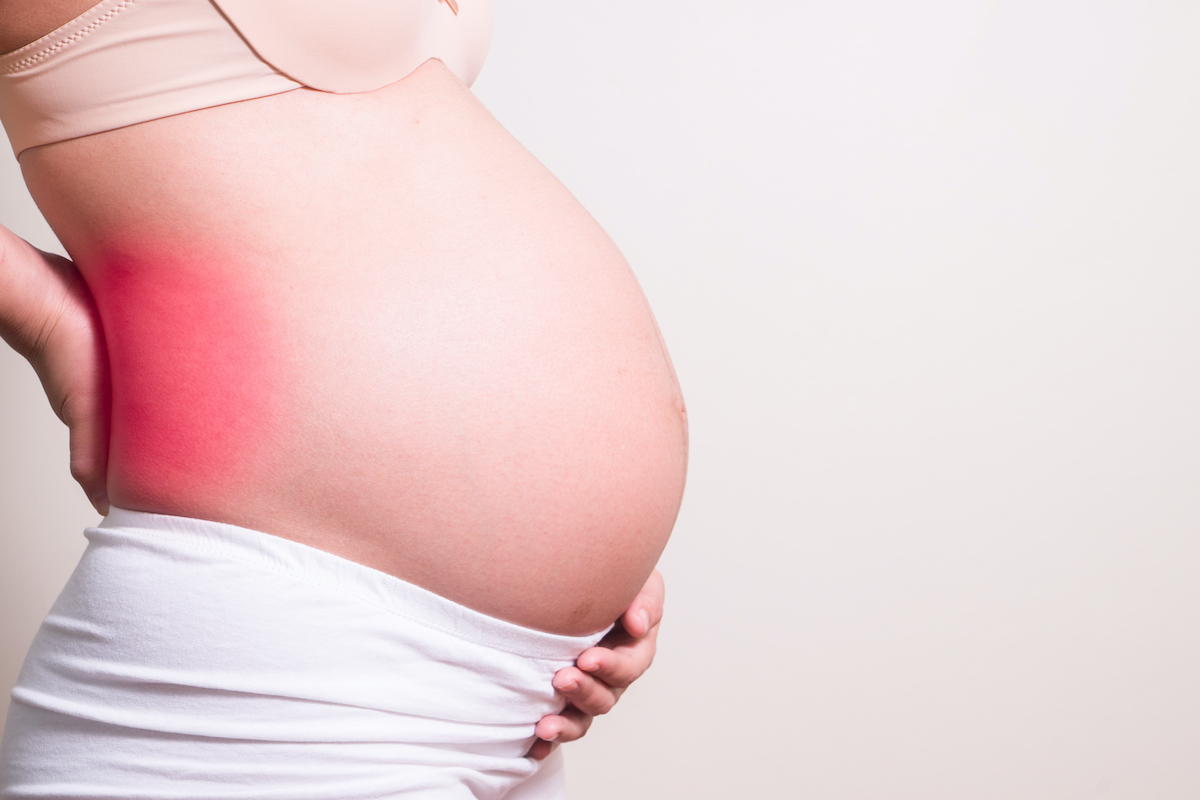 Pain on the lower back that extends to the back of one leg and the knee or foot is caused by a condition called sciatica. It occurs when the uterus applies pressure to the sciatic nerve. It can be treated through rest and heat, but they should get a doctor if the pain wouldn’t subside.

When a pregnant woman gains weight or swells up due to fluid retention, discomfort in the joints, head, hands, and legs may occur. Weight gain and swelling put more pressure on the nerves and joints, explaining the pain.

Not every pregnant woman feels the same type and level of pain. Active moms-to-be may experience worse pains at the end of the day because of exhaustion. But less-active pregnant women don’t always have fewer aches, either. Being stationary for long periods causes discomfort, too. So does moving from a sitting to a standing position frequently.

Aches and discomfort can occur at any trimester of the pregnancy. But they are at their peak during the third, since the baby has already grown.

OB-GYNs advise staying active to prevent body pains. Regular physical activity will also keep pregnancy weight gain in check, minimizing the pressure on the nerves, muscles, and bones. But pregnant women should put on a bit of weight too, to support the growing weight in their womb. Women with normal BMIs are recommended to gain between 25 and 35 pounds more.

Pregnant women should frequently go on walks, wear a belly support belt, and take Tylenol (if needed). And even if their pains don’t indicate anything alarming, they should still consult their doctor regularly. Severe aches, swelling, and redness are possible signs of a blood clot, so they should watch out for those and monitor their health closely as well.